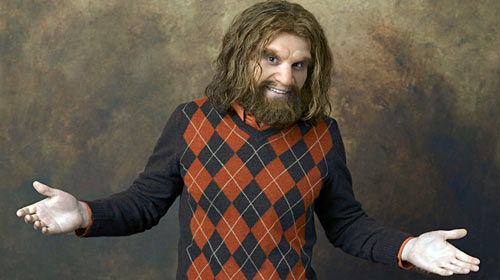 Whether or not you like the campaign, got me thinking that, despite how much quirky characters can win attention from the masses, it can be a dangerous trap to fall into. Seeing it as an end (ie creating a TV show just because people “like” your characters) and not a means to an end. Attention is great, but if it doesn’t translate into results, all is lost.

I haven’t seen the show yet, so I’m talking out of turn, but here are two thoughts…

Seems to me that the show is about the characters and not Geico. I’m frightened by the prospect of Geico being written into the plotline, so I’ll assume it won’t be (unless Geico ads claiming “…so easy a Caveman could do it” are woven throughout as a way of setting off the characters — which is the only way the brand made it into the body of the spots).

This makes me wonder if Geico is paying for anything more than spot inventory and a cross-your-fingers brand association, or if they’re even paying at all? Maybe they own the Caveman characters (along with Martin) and they’re GETTING paid. Wouldn’t THAT be modern.

Secondly, Geico is able to make this move with one of their campaigns because they have so many campaigns running concurrently. If Cavemen was their only bit and it was highly popular and they risked all of it by turning the whole thing into a potentially-sucky TV show, then that would be a big risk.

But Geico has at least three other campaigns going, so they could culturally afford to break this one off. I’ve always been intrigued by their choice of offering so many different brand “voices” at one time.

Personally, I’d prefer a show about the Gecko.

This entry was posted in advertising, culture, Media, Thinking Out Loud and tagged cavemen, geico. Bookmark the permalink.